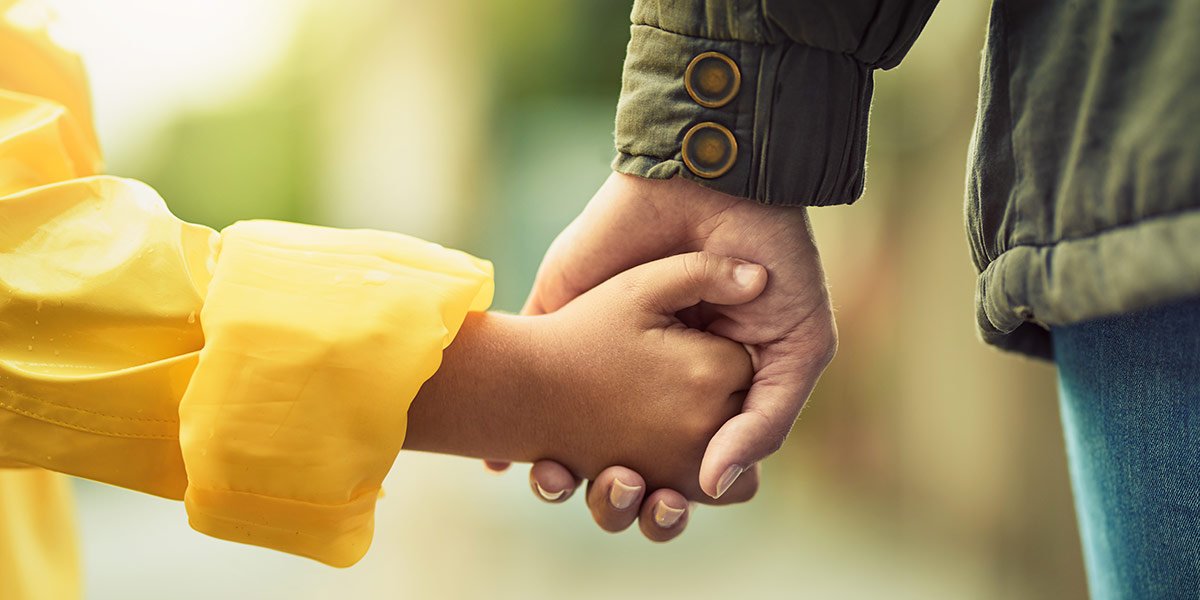 Gun Violence is a Public Health Nightmare for Kids

The massacres and heartbreaking violence over the last few weeks in Buffalo NY and Uvalde TX have once again, for the umpteenth time, brought to the forefront conversations around guns and gun control. It’s painful to reflect on the reality that over 40 years ago in high school I wrote an essay on the need for gun control and yet the situation has only devolved in the intervening years. Objective data from numerous sources was as convincing in the 1980s as it is now: countries which adopt limits on gun ownership don’t experience the same rates of gun violence, morbidity and mortality as we do in the United States. Studies have shown that where more guns exist, more deaths occur, and the U.S. is a “global outlier” in terms of easy access to guns of all kinds. So many years later, as a holistic pediatrician committed to the quality of children’s and families’ lives and their physical and psychological wellbeing, I am compelled to speak up.

Two editorials published recently in highly respected journals, one in Science, “We know what the problem is,” and the other in Scientific American, “The Science is Clear: Gun Control Saves Lives,” highlight that gun restrictions work, and it’s likely that even more limitations would save literally thousands of lives in the United States. As Scientific American explains, “The science is abundantly clear: More guns do not stop crime.” Guns kill more children each year than auto accidents. More children die by gunfire than on-duty police officers and active military members in a 12-month period. “Guns are a public health crisis, just like COVID, and in this, we are failing our children, over and over again.”

Sometimes a visual speaks volumes. Have a look at this: 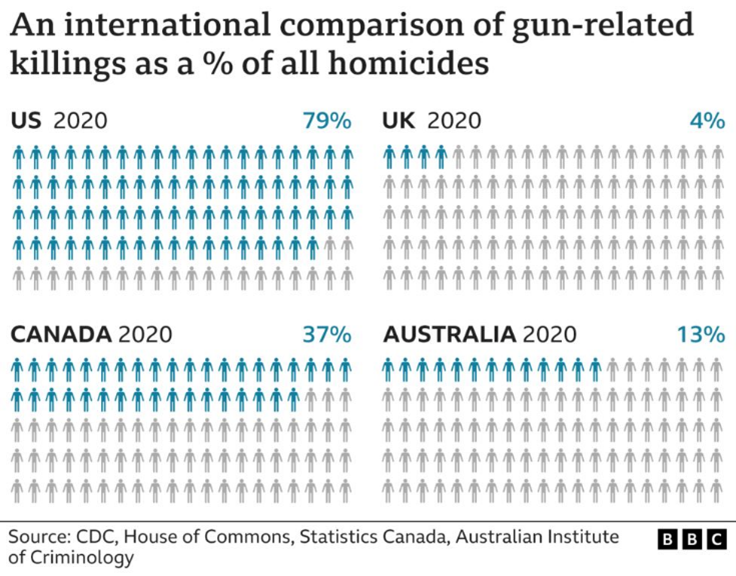 We Need Regulation at the Federal Level

It is crazy that this year alone there have been over 220 mass shooting incidents in the U.S. and there’s still little or no progress from elected representatives at the federal level, despite the fact that recent polls confirm what has long been true – that the vast majority of Americans support gun control legislation over ownership rights. It’s clear that we need to do a lot better at regulating access to guns, and a good place to start would be with the deadliest assault weapons like the AR-15 and similarly styled military grade weapons that have been used in the great majority of mass shootings in the last 10 years including in Buffalo and Uvalde. In contrast, from 1994-2004, we had a partial assault weapons ban in the US, and research from that period shows that this law (even though it had loopholes) resulted in fewer deaths.

There are other regulations that could make a difference, too, including background checks and raising the minimum age requirement for assault weapons. The shooter in Uvalde purchased two AR-15s on his 18th birthday without any background check or waiting period. This is insanity (IMO). Currently, under federal law, a person must be 21 to purchase a handgun but need only be 18 to purchase a “long gun” (which includes AR-15 assault rifles). It is outrageous that the Uvalde massacre shooter could not have bought a handgun (or a beer, for that matter) a couple of days after his 18th birthday, but he could, and did, buy two AR-15s.

In addition to the physical dangers of gun violence, I am concerned about the psychological and emotional effects, particularly on our kids. It’s critical to protect our youth from Adverse Childhood Experiences (ACEs) that have the potential to impact entire lives for the worse. ACEs are traumatic events that occur in childhood and are linked to serious chronic health problems, mental illness, and substance abuse in adolescence and long into adulthood. ACEs can also negatively impact education, job opportunities, and earning potential. Exposure to gun violence has not historically been classified as an ACE, but it should be.

The effects of gun violence can be profound. Children exposed to gun violence may experience negative short- and long-term psychological effects, including anger, withdrawal, post traumatic stress, and desensitization to violence.

All of these outcomes can feed into a continuing cycle of violence. Research shows that exposure to violence can cause intrusive thoughts about the traumatic event and sleep disturbances. Young victims commonly experience difficulty concentrating in the classroom, declines in academic performance, and lower educational and career aspirations. Post traumatic stress disorder (PTSD) in children is typically associated with hypervigilance, an exaggerated startle response, anxiety, and recurring thoughts and dreams associated with the traumatic event.

The consequences of gun violence can also be wide-reaching. It’s a mistake to think only the people who directly witness a shooting are affected by it—the effects are exponential. Since the mass-shooting at Columbine in 1999 , more than 300,000 children have experienced school shootings; all of those children may have siblings, parents, and other family members, and all of those people are affected, too.  Additionally, between 4 and 8 million children go through lockdowns at schools every year (not drills, actual lockdowns, usually because of a threat of a gun), and those kids suffer, but they wouldn’t be counted as victims of gun violence.

For children to recover from these kinds of experiences, they need trusted adults in their lives who can provide therapy, support, and a reliable sense of safety. Yet critical resources such as therapy often aren’t available or accessible, never mind provided free of charge in the wake of gun violence, particularly in those communities most likely to be affected.

Talking to Kids About Gun Violence

As parents, you can help your children process what they see and hear about these tragedies. This undoubtedly is daunting but necessary, so here are a few resources to draw upon:

In addition, it can be important to explain to your children how dangerous guns are and what you expect them to do if they see one. For example, you might want them to: stop what they are doing, not touch the gun or let anyone else touch it, even if it looks like a toy, leave the area right away, and tell an adult.

Getting Involved in the Work to End Gun Violence

Regrettably, gun violence is nothing new in the U.S., but the fact that it continues day after day, massacre after massacre, without lawmakers being held accountable is beyond unacceptable. As community members, how do we go about holding elected officials accountable who fail to take strong action in the face of almost daily gun violence and mass shootings? We don’t have to live like this or die like this and  insisting that elected officials support reasonable restrictions such as universal background checks and secure gun storage, among other things, will save lives! If you are looking to get involved in or support the work to end gun violence, consider contacting or financially supporting Everytown For Gun Safety. This organization encompasses grassroots work, advocacy, and also endorses candidates running for office who have demonstrated they will politically advocate for reasonable gun regulation and safety. I have begun supporting Everytown  as a way to put my money where my mouth is.

I hope you will also join me and my colleagues in contacting our elected representatives to insist on reasonable gun control and regulation that will help keep our communities safer.

If you or your children are struggling emotionally due to the recent shootings or for any reason, we can provide referrals to therapists and others trained in buttressing families during times of stress. Don’t hesitate to reach out.

We want to give you the best care available. If you would like to discuss your child’s care and our recommendations, please contact us.
Contact us

NEED HEALTH AND PARENTING TIPS? SIGN UP FOR ALL THINGS GETZWELL!